The Ohio Star pattern is a simple “9 Patch” quilt block pattern where 4 of the blocks are further divided into triangles making an 8 pointed star. It is made in bright red, white and blue. The pattern has been in use on fabric quilts since 1803 when Ohio became the 17th state of this great nation! There is much discussion among historians about the actual date in which Ohio became a state, after all the fledgling nation was still trying to figure out how to allow new territories into the newly founded More Perfect Union. 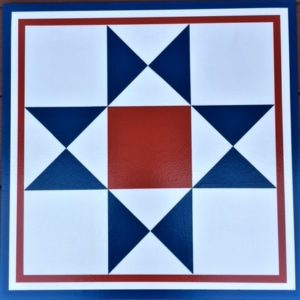